On Friday 27th I had my Prom, I had an amazing time with all my friends & Everyone looked amazing!

Prom is something everyone looks forward to when they start high school and I know I did, I loved the whole idea of dressing up and wearing a pretty dress. When you are little the day seems ages away but it soon comes around and goes in a flash.


I thought I would do a post about my whole day and what I did and what I got done.

The night before my prom I had my first spray tan, I had it done with three of my other friends at one of my friends house, I had the Tan done by the really lovely Jemma she was so nice and knew what she was doing! The Tan she used was Sienna X and I had the light colour you can have which was a 6% (I think) because I have fair skin, I didn’t want to have a really dark tan and to end up looking like someone off TOWIE or something! The tan came out amazing and I’m so glad I had Jemma because she knew what to do and it came out like a natural tan!

On the day I had my hair done first thing in the morning at the a local hairdressers called ‘Renaissance’ The girl was so nice and she did an amazing job and I have to say it came out 10x better than I even thought it would.

After I had my hair done I went back to my friend’s house and We had our makeup done, which we also had done by Jemma and she did an amazing job! I forgot to get a good picture of the makeup.

After having makeup done, My sister painted my nails sliver with Barry M Rose Quartz over the top.

After that we then put our dresses on, My dress was a long navy blue with sliver detailing at the top which is from Debenhams Quiz. 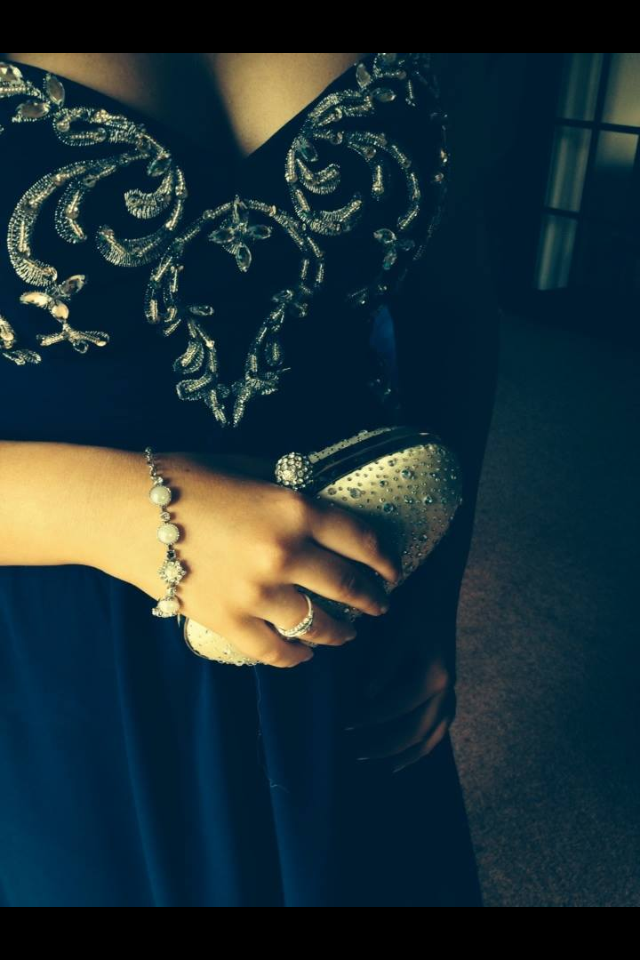 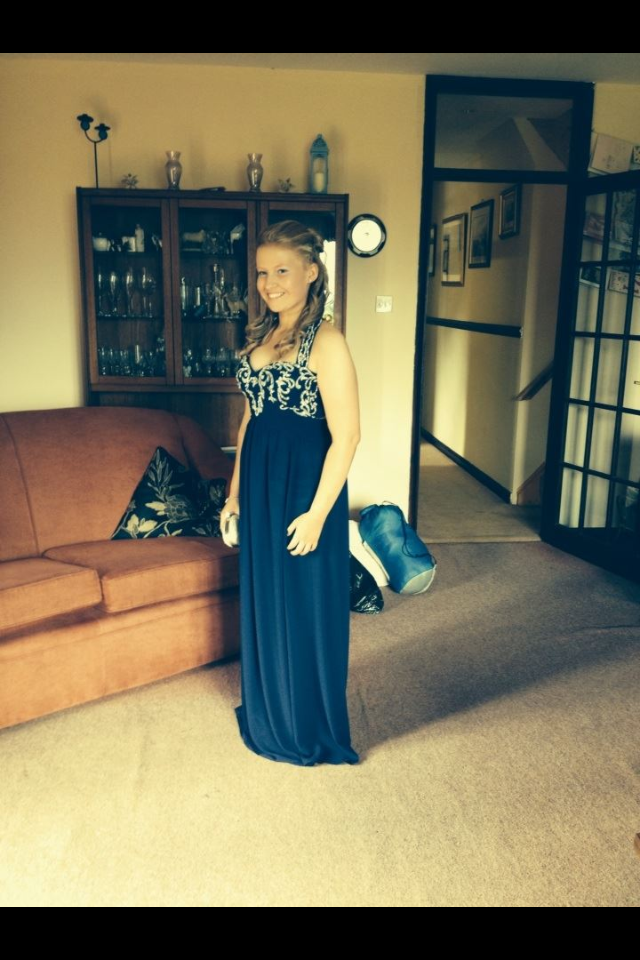 For Jewellery:
Ring: Dorothy Perkins
Bracelet: Denenhams Jon Richard
Earrings: Denenhams Jon Richard
My bag is from somewhere in Italy called ‘Lala Italia’ my Grandma gave me.
&
My shoes are from a local shop called ‘Suit U’
If you made it to the end well done! this was a very long post.
I just want to say sorry for not posting in so long I started a job a few weeks ago so I work weekends, but I have finished all my exams now well I finished them 2 weeks ago, but I will hopefully be posting more now that I’m on holiday hah!
Abbie
xx